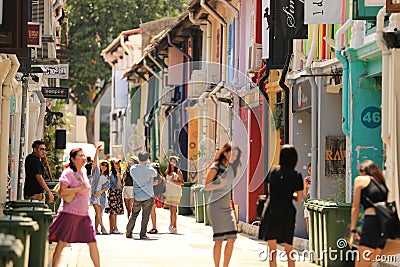 Ong Shunmugam , 16 Raffles Quay, B1-36 Hong Leong Building, Singapore 048581, p. 6223 4804. His aesthetic for using primarily leather, silk and linen in his designs, in addition to different indie designers he carries are elegant and glamorous.